Unfortunately, I’ve had to remove two years’ worth of blog posts. Instagram removed or changed an end user API and that affected a plugin I was using to automatically post from Instagram from 2016-2017. The Instagram photos were unable to be accessed, leaving broken links in all of those posts.

While I hope to be able to draft and sell some patterns one day, I’ve decided to give my first one away for free! 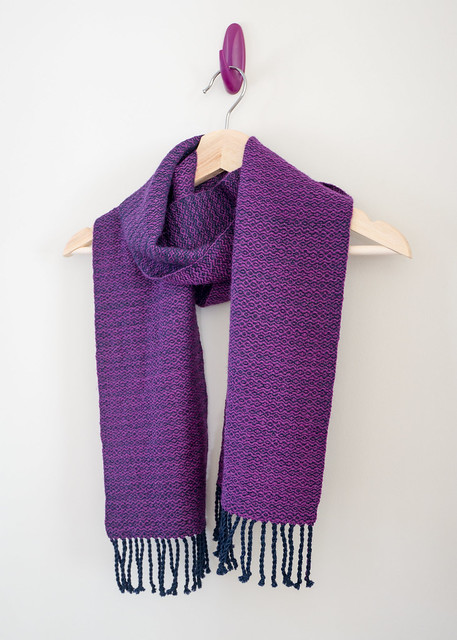 This scarf weaving pattern contains  all the charts you need and details on how I wove it. The document is not suitable for those who have never woven before — it assumes you have woven a few items and that you are familiar with your loom. I have, however, added some tips just in case you aren’t familiar with the methods that I’ve used. You may like to do things differently, and that’s fine too.

Since this pattern is available for no cost, I ask that you use it to make items for yourself or for gifting only. As it’s also my first pattern, any constructive criticism will be accepted, but please be courteous.

Finally, here is the link to download the PDF: Warm and Stylish Twill Scarf Pattern 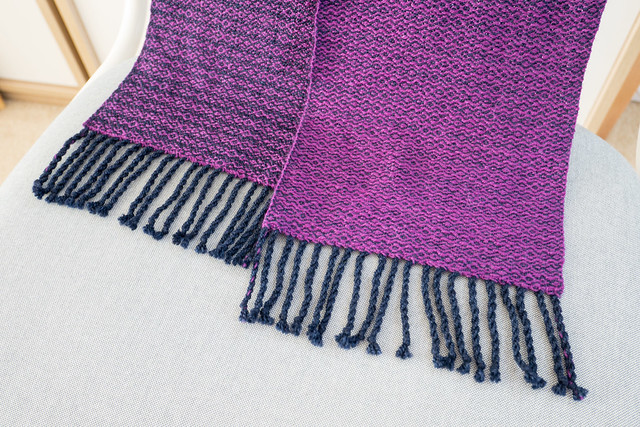 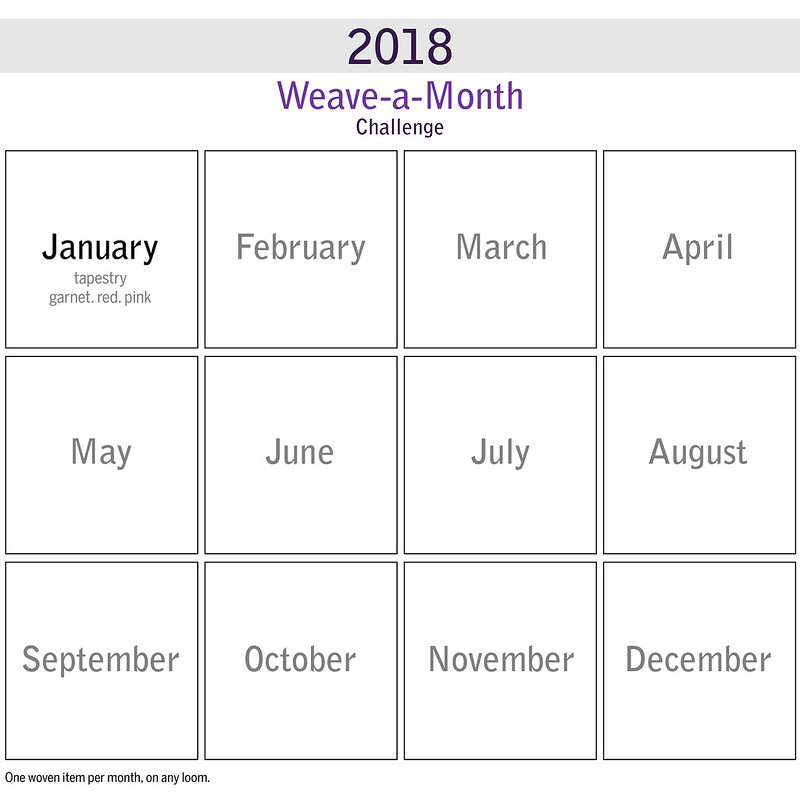 I started this monthly, year-long challenge in the hopes that I might finally complete it. I have never been able to complete such long-term projects, and as you can see, I’m already having some trouble staying on schedule. The idea is to weave one item per month, using any loom I have. It can be anything in any colour, from tapestries to towels.

For January, I set out to weave a wall-hanging out of whatever red and pink yarns I had in my stash. I chose this colour theme because January’s birthstone is garnet and I wanted to use that as my inspiration. 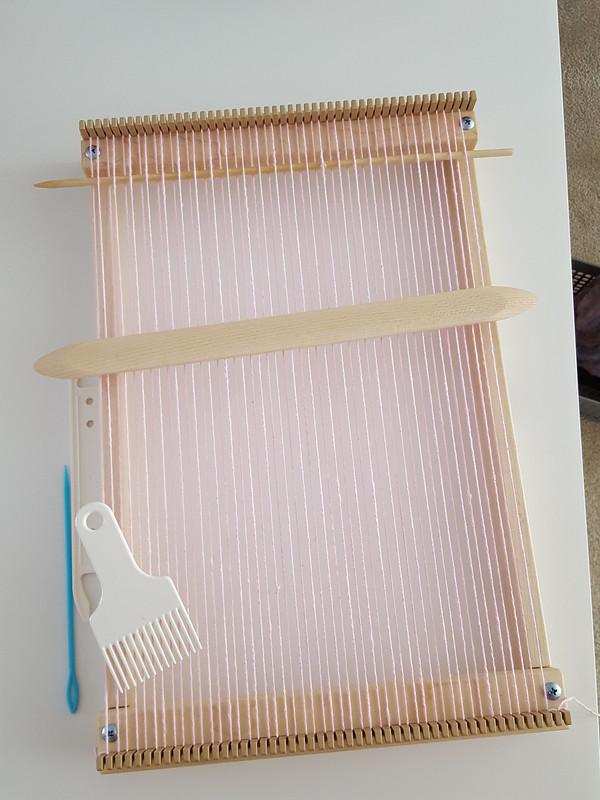 Here, I’ve warped the frame loom using pink 8/4 cotton. I had received this Schacht Lilli Loom for Christmas and I was excited to use it. 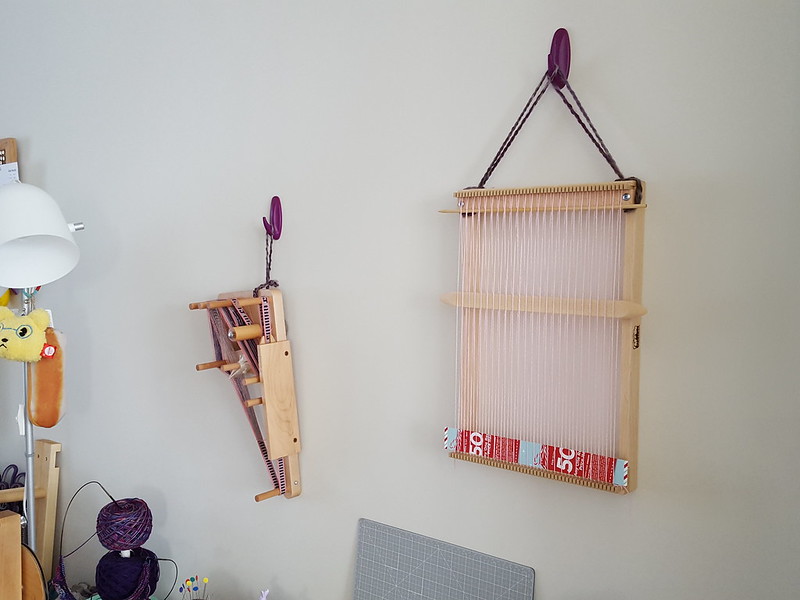 Then the project was hung up on the wall and forgotten for several days. 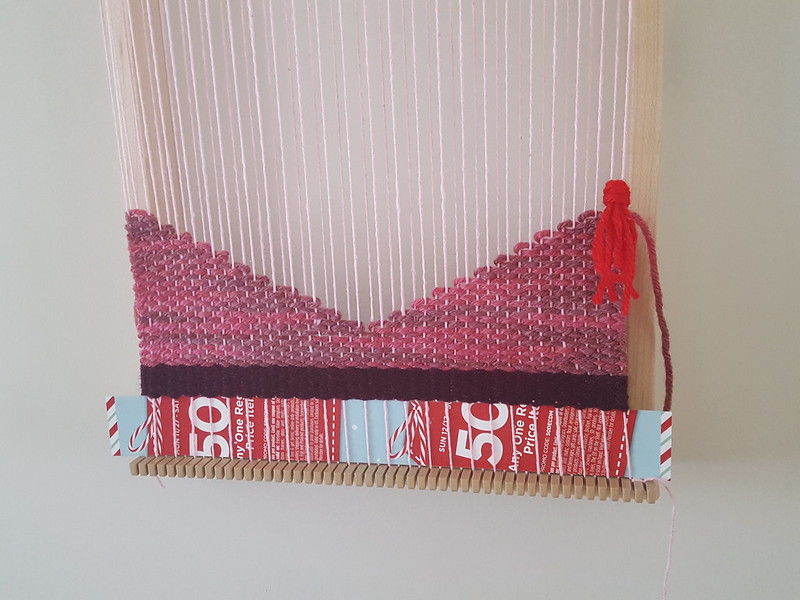 On 25th January, I finally made a start. 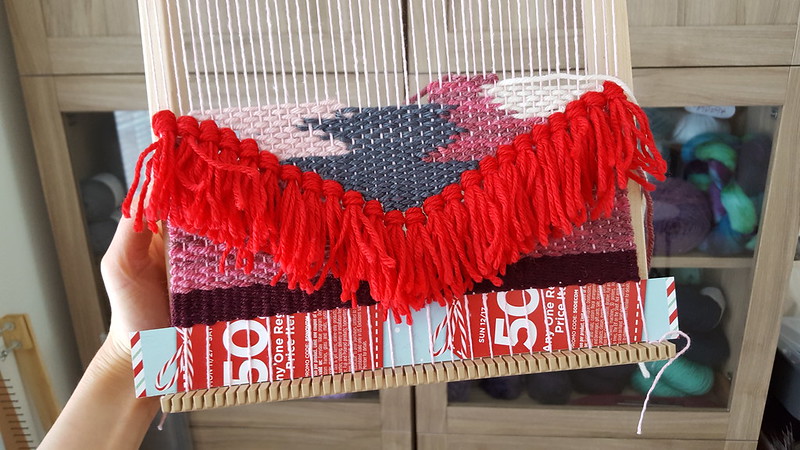 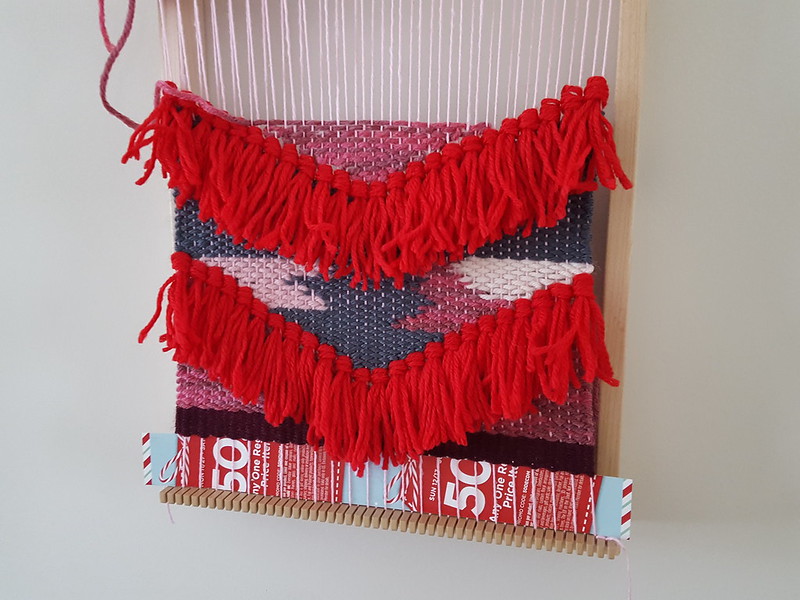 By this time, I was so bored of it. I had so few reds and pinks in my stash, and most of them were worsted-weight causing the weaving to take ages. I also realised that tapestry weaving wasn’t really exciting to me. I prefer multi-shaft looms where pretty patterns appear with minimal effort. 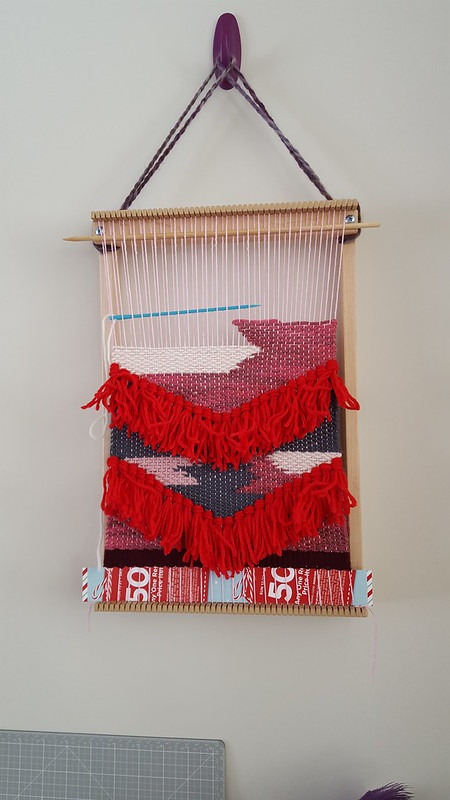 This was taken in early February. I had gone over time. 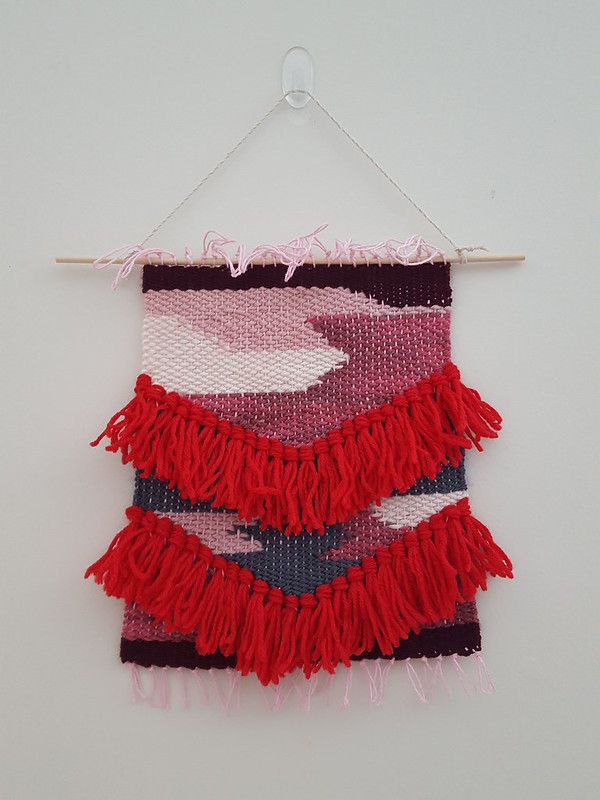 15th February — finally done! I ended the tapestry early because I was just so fed up of weaving it. I had not joined colours very well, and edges were pulling in. I think it’s almost safe to say that I won’t be doing more tapestry weaving unless I have lots of chunky yarns.

It has been a long time since a cake had my name on it. Chocolate inside!

Love for parsley and cilantro. Also notice how she checks to see if she’s dropped anything before grabbing the next branch! #rabbit #bunny

View from the front of the house. The top most window is the attic, which we can’t get to without a ladder.